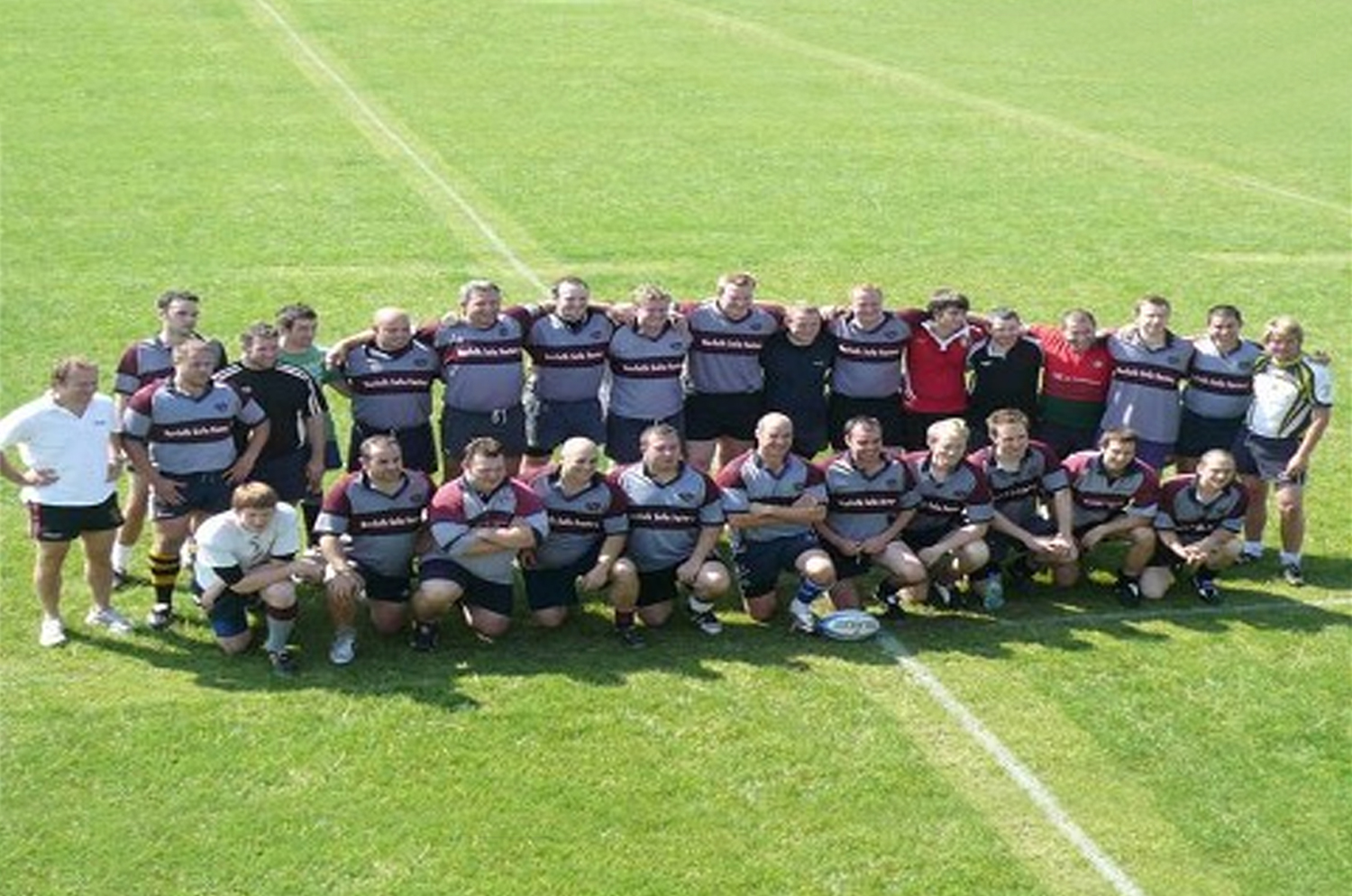 In the past, The Malcolm Whales Foundation has organised Rugby matches, which is a great way to raise money. Two games have been played between WNRFC Colts 95′ vs. WNRFC Vets and West Norfolk Colts 95/96 Vs West Social XV.

On the 17th May ‘Malc’s Colts’ of 1995 will be playing the current West Norfolk Vets at Gatehouse Lane. The 1995 colts are coming to terms with the fact that they are now officially ‘vets’. Malcolm Whales unfortunately died from Cancer in 2008. In his memory  a Charity has been created. The Malcolm Whales Foundation raises money for Cancer related causes  via a number of different events.

This latest event sees the group of players that had such a massive positive impact on Malc; put on borrowed kit and boots, trying their best to do Malc proud once again. Obviously as part of this game we are trying to raise money, so please do give generously.

Thanks for your support.

On Saturday 8th August, West Norfolk Rugby Club hosted a charity match in aid of Cancer Research. The game was in honour of Malcolm Whales, an ex youth coach at the club, who sadly passed away after battling cancer last year.  The match was between a West Social XV  and West Colts 95/96, who played the under the guidance of Malcolm at the time.  Both his sons Damien and Nathan were taking part in the game, as well as many of the players travelling from as afar as Yorkshire to represent the Colts once more.

On a blistering hot afternoon the large crowd in attendance witnessed an exciting game of open end to end rugby. The old Colts team started all guns blazing, with many of the team eager to show that they could still produce entertaining rugby. After a succession of attacking plays front rower Savage was set free through a big gap to run in under the posts, adding the conversion himself.  Shortly after, Nathan Whales cut through the strong defence with a silky run to score before adding the conversion. Arundel then added another try after a scorching run down the wing.

The West Social then went onto the offensive and created a series of attacking phases.  This resulted in Social’s man of the match, Nick Bull jinxing his way over the line twice to bring the hosts back into the match. Young gun Johnny Williams added another to Social’s tally with a stunning dive over the line from a short range ruck. However, the Colts were determined to have the last word in the half and Adam Cracknell took the ball from a tremendous running line to crash over to make it 24-15 to the Colts at the turnaround.

As the heat started to take its toll and players tiring the game slowed down during the second half, but both teams still continued to tackle hard and string several waves of well worked play together. Just going into the final quarter the Colts made a dazzling break and man mountain Dave Attersall was unlucky to be stopped just short of the line. With quick ball recycled out Stephen Bird produced a neat reverse pass out of the tackle to Savage, who dummied before crashing over.  The final whistle went with the Colts winning 29-15.

After the game Liz Whales presented a trophy to the winning team, with the Colts presenting a signed team photo to the Whales family. The event managed to raise a remarkable £1819

Thanks must go out to the club, all spectators and players for making it a memorable and successful day.The biggest thank you must go to Lance for organising the event. ‘Malc’ would have been really proud. (not so proud of the ‘piss poor passing’ though and the levels of fitness on display. But a great day!!