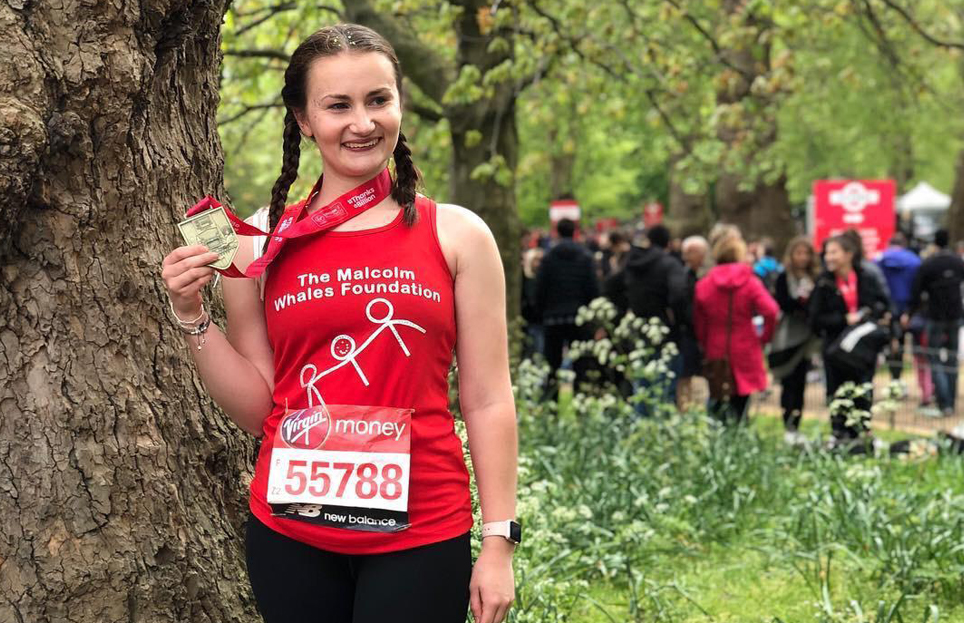 Hello, my name is Verity Fretwell and I feel honoured to be asked to be a patron for the Malcolm Whales Foundation.

Hello, my name is Verity Fretwell and I feel honoured to be asked to be a patron for the Malcolm Whales Foundation.

I currently work at Highfields school, previous to this I was a student at Ely College. This is where my journey with the charity began. In 2013 i signed up for my first ever walk, at this point I had heard a lot about the charity and after sitting in an assembly where they explained about the walk, I thought to myself how hard can it be. Well lets just say it was a walk to remember and I haven’t looked back.

In 2018 I got into running (not sure why) and signed myself up for my first ever half marathon. The training was going well but just felt that something was missing and maybe if I had a purpose to run for a charity then maybe it would keep my spirit going. On day 3 of the dorset walk that year I was talking to Jack Edge and that’s when I thought why don’t I raise money for The Malcolm Whales Foundation. Whilst having this conversation they mentioned a few times that the charity had a place for the London Marathon 2019, which is when i said that would be an amazing experience. That year I put my name into the ballot to run the marathon and come September 2018 I was so pleased to be selected to represent TMWF in the Marathon!

I have a lot of respect for the charity and the amount of people it helps, from the people participating to where the money raised goes. Im looking forward to see what this charity can bring and look forward to being part of the charity.