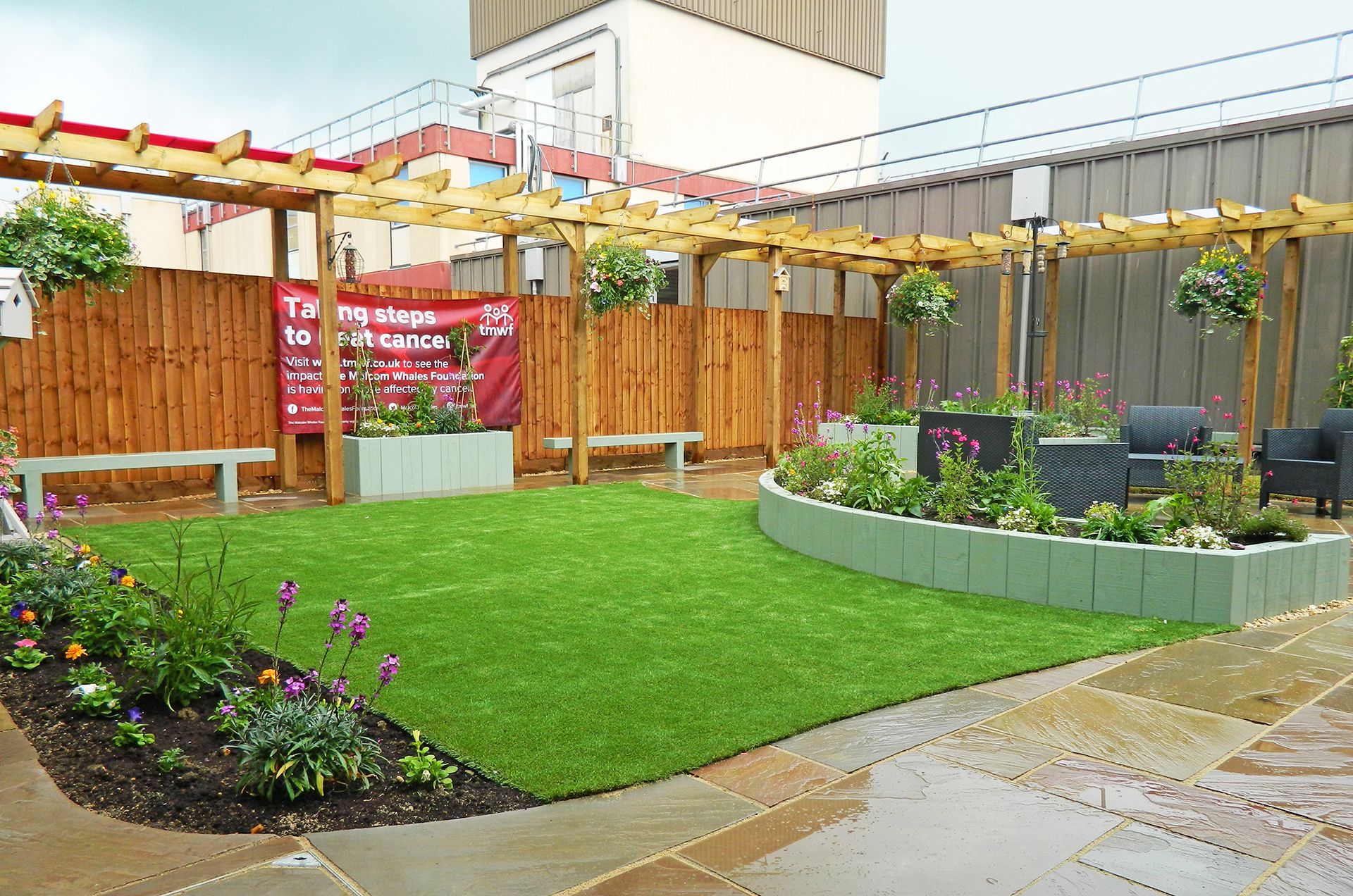 We wanted to start a new type of project for TMWF one that made a huge impact on the people who would come in contact with it and that would also involve members of the community. 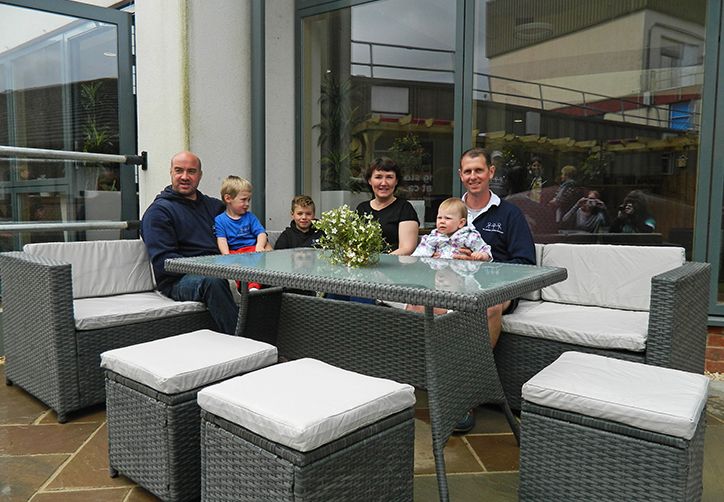 In February 2019 I met with Lynda Hall and Eric Fehily from Hinchingbrooke Hospital. Having visited the Woodlands Centre previously, I was aware of how poor the condition of the outside area was, definitely not a garden! During the meeting, I discussed the importance on making this a community project, that could involve a number of the students that helped raise the funds, through their sponsorship work on the Dorset Walk 2018.

Thankfully, all parties were in agreement – which left me to organise how the charity could make it happen. I decided to start by posting on social media and see if there was any support. Facebook went crazy after reaching thousands of people through hundreds of shares. The project had lifted off! The offers of support were flooding in, what an amazing feeling!

The next stage was to arrive at a design for the garden. How do you decide? We had numerous offers and several designs were submitted. We placed the designs in the waiting room of the Woodlands centre for a few weeks so that we could take feedback from the patients. We decided that we would take a combination of the designs and appointed SDL Landscaping to take a lead on the project. A fantastic start to the project. The next meeting was the ‘make it happen’ meeting. During this meeting we agreed the design and met with Stuart and Alex from X-scapes, outdoor design experts. Part of the discussion included the date ‘14th May’,  the Woodlands Centre was expecting a royal visitor to open the Macmillan Centre and “would we be able to start by then?”. My thoughts were quite clear – we will be finished by then! What have I just agreed too? A hybrid of DIY SOS and challenge Anneka had been set in motion…! 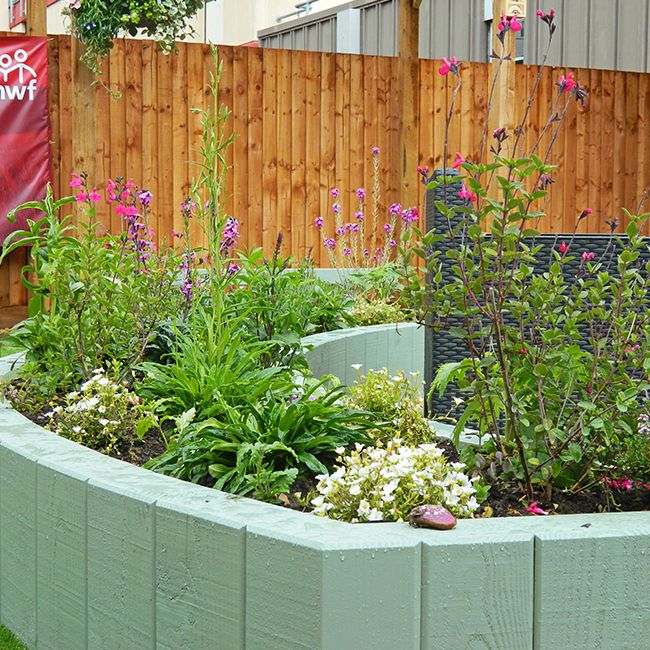 Day 1 began early Saturday morning with the area needed to be cleared and prepared. Loads of volunteers arrived to assist and in a couple of hours the fence and gravel had disappeared. The army of wheelbarrows comfortably took care of the gravel enclosure. Easy!

The week after, I was introduced, not for the last time, to the ‘not so easy’ ‘Type 1’. Over the next few weeks the wheelbarrow army (as there was no machine access) transported 40 tonnes of Type 1, 25 tonnes of sand, 10 tonnes of soil, all of the slabs by hand, the cement and all the building materials required to construct the garden. 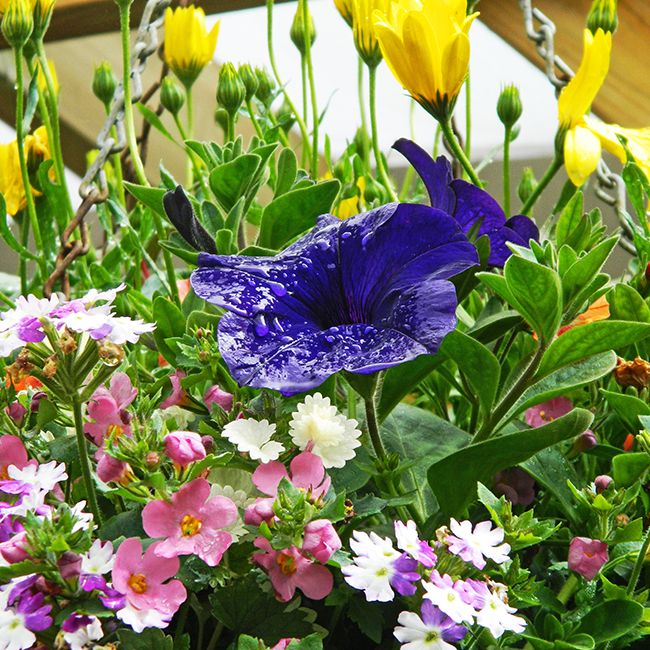 The 9 days of construction took us from gravel wasteland to a beautiful accessible garden area, that far exceeded anything I could have imagined when we started out. The number of human hours that went into the construction seemed never ending. Equally the amount of time that goes into organising a project of this size and in very short time period was also a bit of a ‘challenge’! In particular, the daily/hourly chasing of the extremely rare ‘slab layer’!

In spite of the minor challenges along the way, this remains the best ‘project’ that the foundation has ever been involved with. Not just the outcome (which is amazing) but the process, receiving offers of support all week and then arriving at the weekend hoping for helpers. To arrive and meet new people from the community each week, all of which had decided to give up their time to make the project happen, the sense of teamwork, pride and all-round positivity was just amazing. It feels a real shame that it is now actually over! 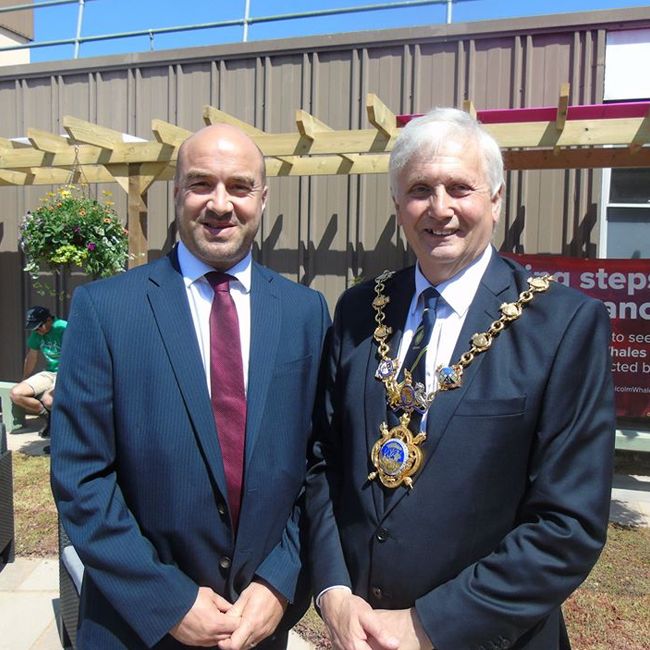 HRH The Duke of Kent arrived on the 14th May in full sunshine, the garden looked amazing and received its official opening. The day was superb, on reflection not just because of the visitor, but because of the other people who were there. Everybody that had taken part, contributed and helped deliver an amazing garden, on time and ready for the royal opening. It was also the staff, patients, volunteers and community that were in attendance that made it such a special day. To see the joy at the finished garden area and to listen to their feedback and the difference it will make, was beyond a moment of pride for charity and me.

Without our team we could not have achieved this amazing outcome and I would like to thank you a, unfortunately too many to mention individually. There are, however, a few that deserve a particular thank you and they are:

Team TMWF – their hard work in making the charity work is largely unseen. They also contributed many hours to make the garden happen. They will also continue to make a difference, I hope, for many years to come.

Team SDL Landscaping – without Sean’s expertise and vision, the garden would not have reached anywhere near to its fantastic finished state. He gave up hours and hours of his time to make it happen. Ably assisted by Amy, whose enthusiasm to get involved with the project brought them on board. Thank you for your time and skill.

Team Pidley – The team of 3 – James, my brother-in-law, Fred, my father-in-law and Steve of Lakeside Lodge contributed so much time and effort to make the project happen. Their involvement to the project was relentless and so consistently positive. Whenever I had a problem – I simply called James or Fred and invariably the issue was solved. Thank you so much for your skill, time and positivity.

Team enthusiasm – Tracey took care of this one-person team and brought unwavering support and positivity to the project. She helped create donations and even more support. She also took the £10,000 donation quite literally! Thanks for your help and the new mascot!

Team teenagers – We had a good representation of Ken Stimpson, Ely College and Prince William school who assisted with the development of the garden. The group from KSCS were also fortunate enough to attend the opening day and meet our royal guest.

Team Whales – last, and definitely not least, to Keldy for her support, enabling me to donate the number of hours that I do to the charity. Thank you for bringing our boys down each week to get them involved and for the now famous cupcakes that kept the team going. 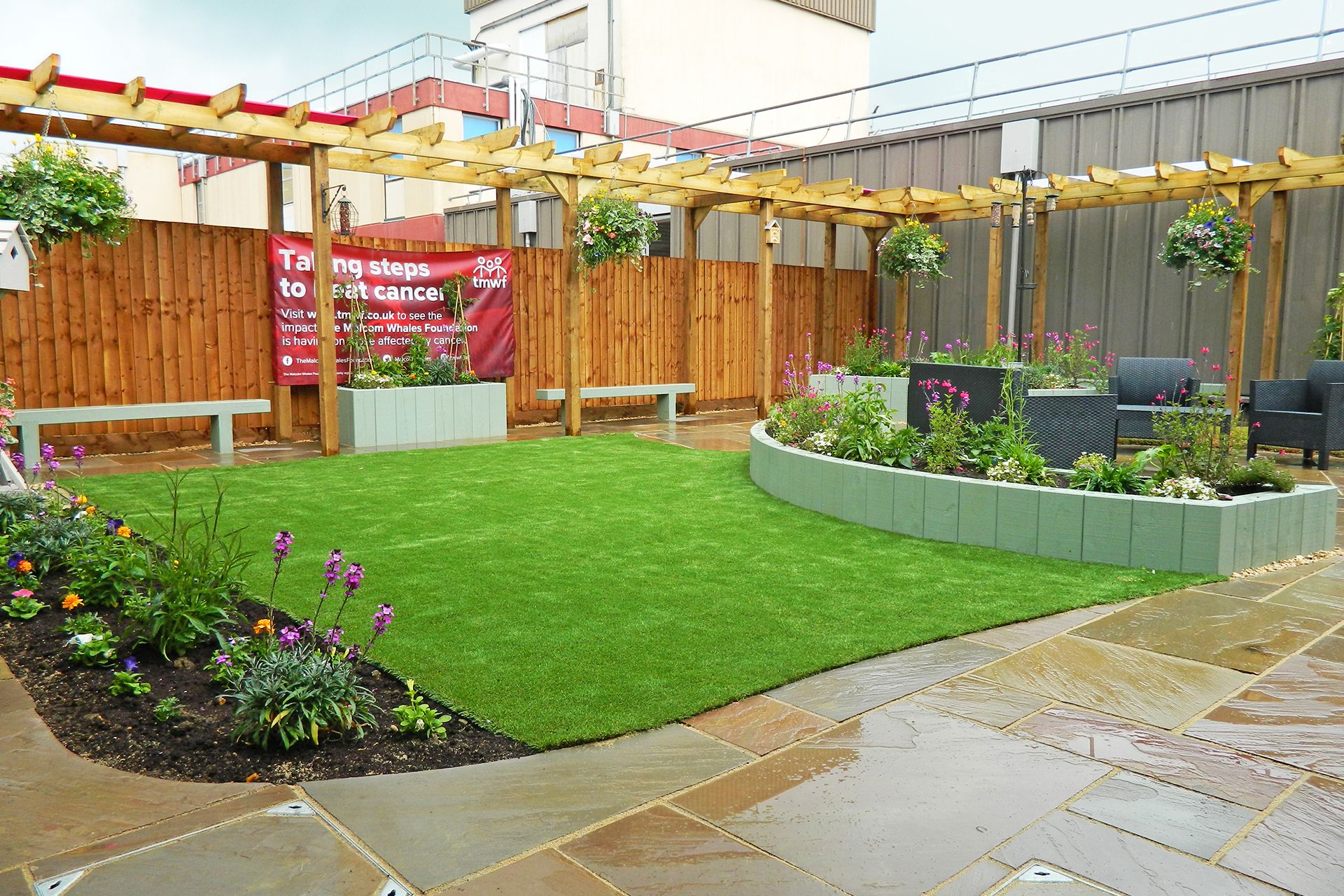 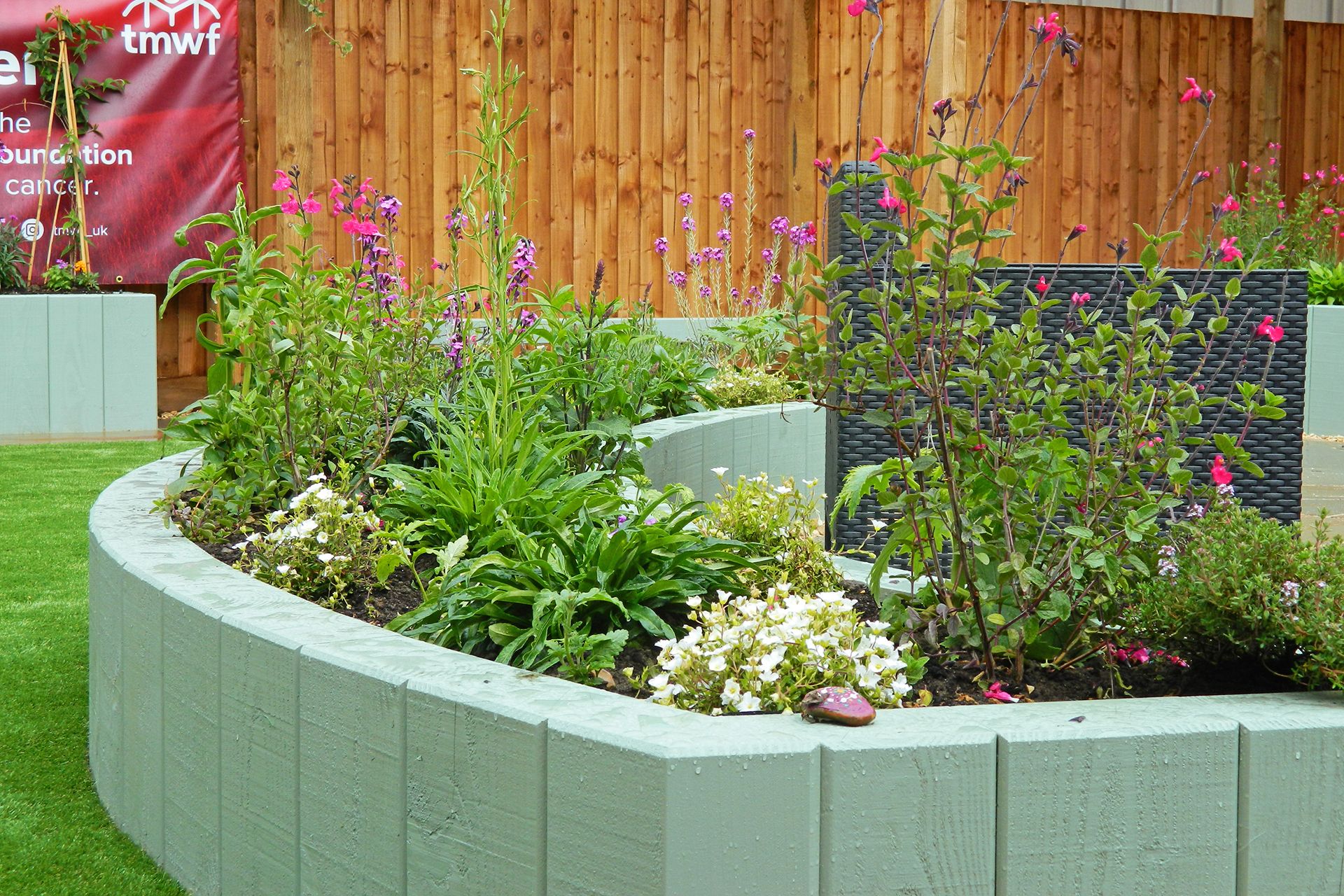 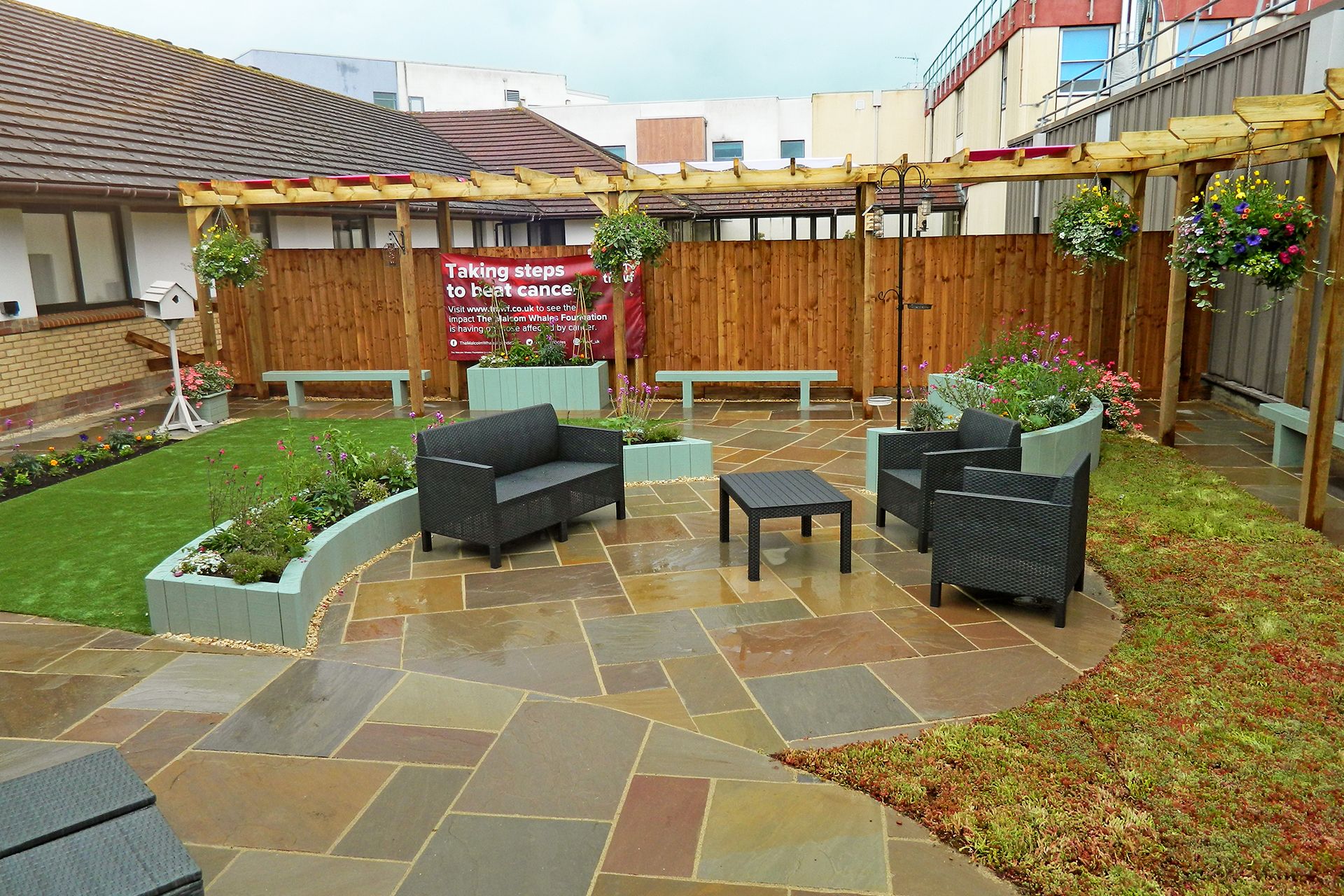 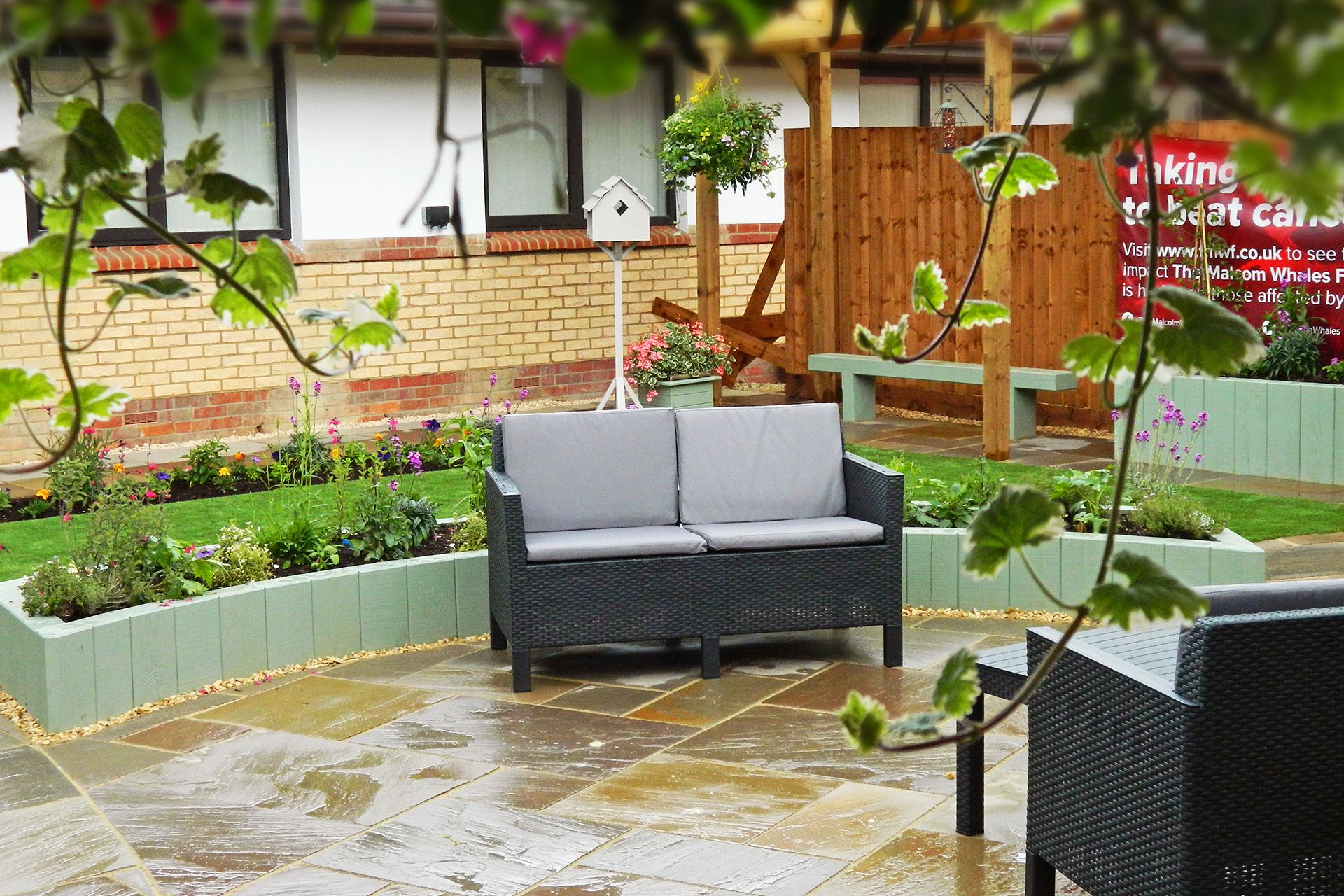 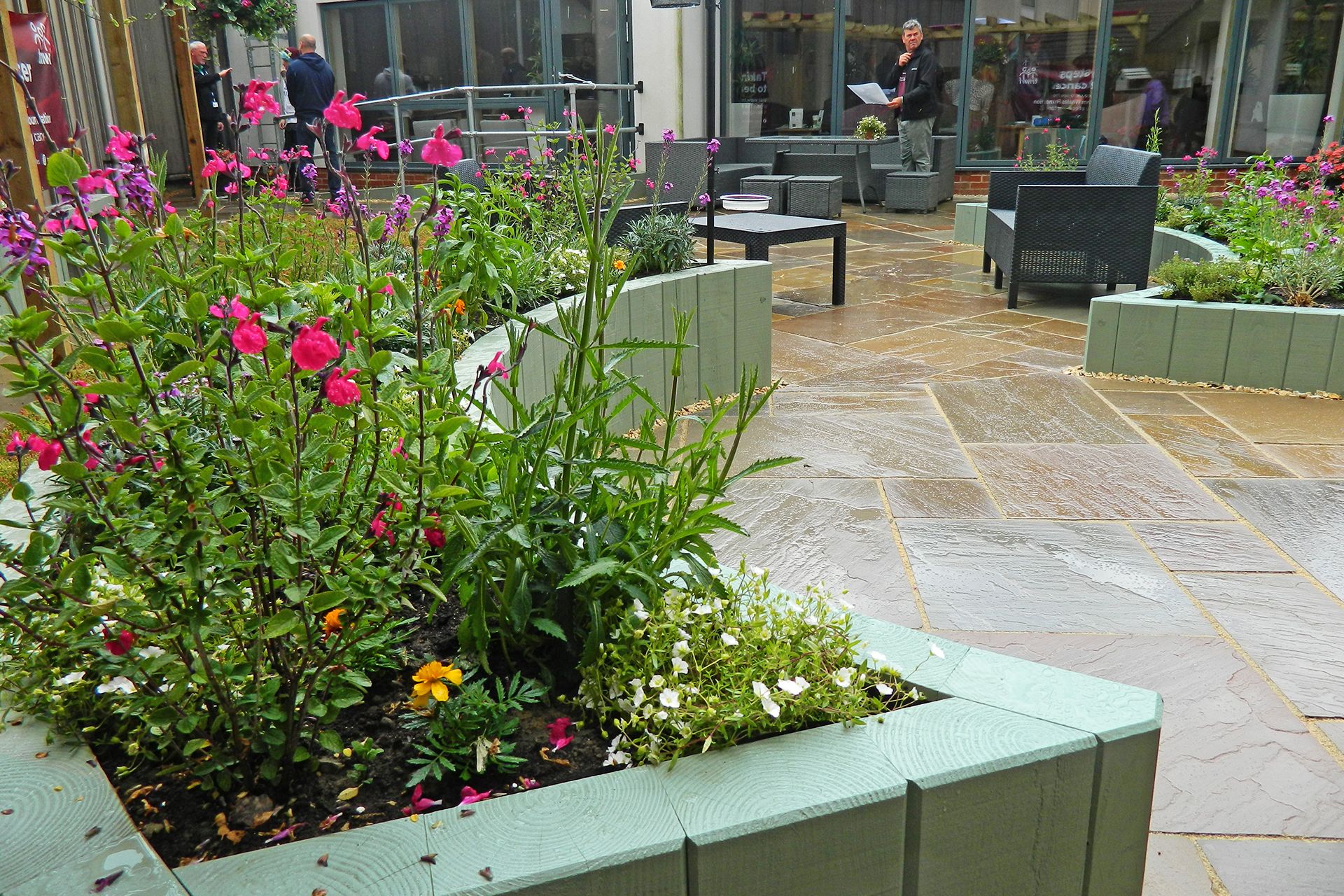 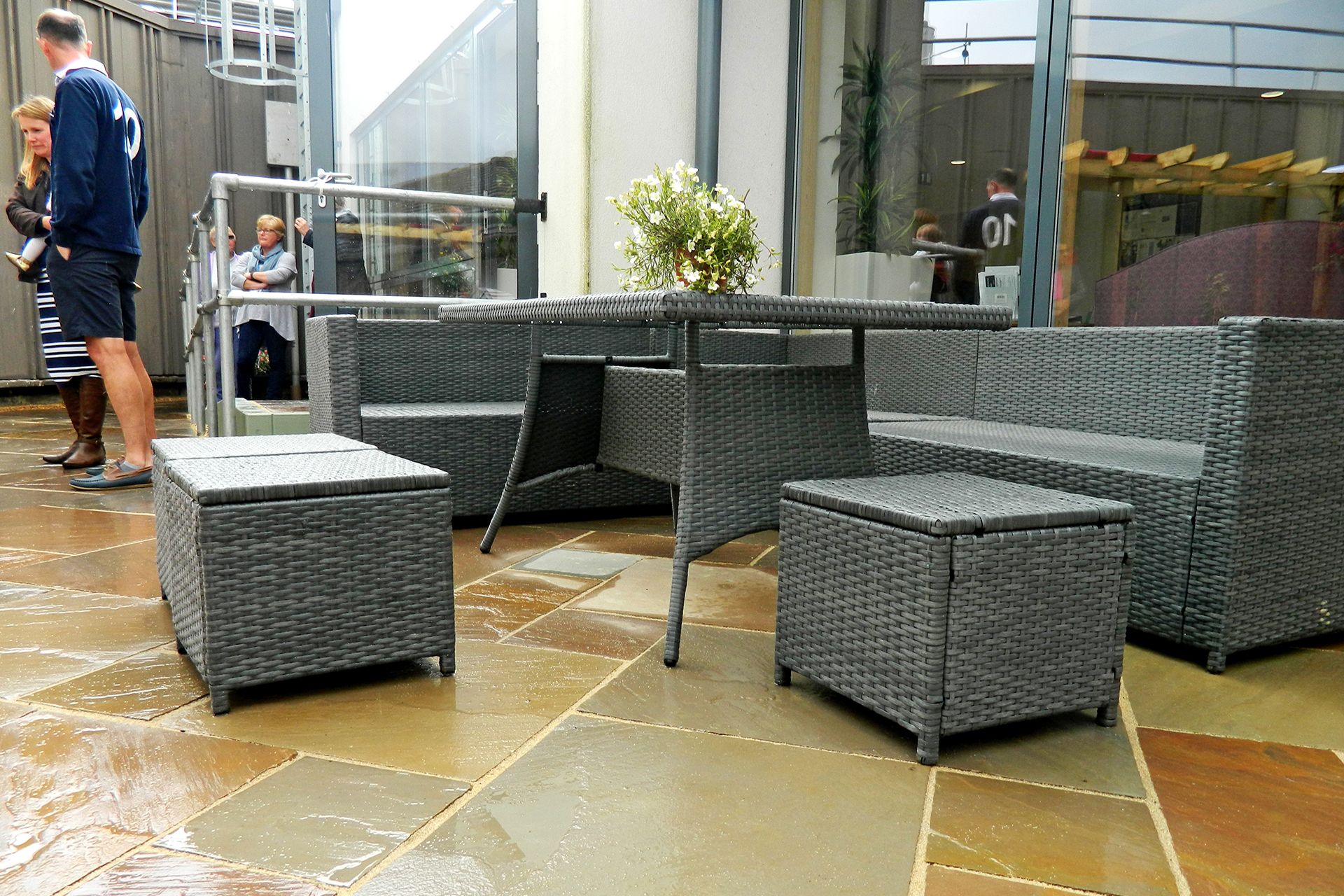 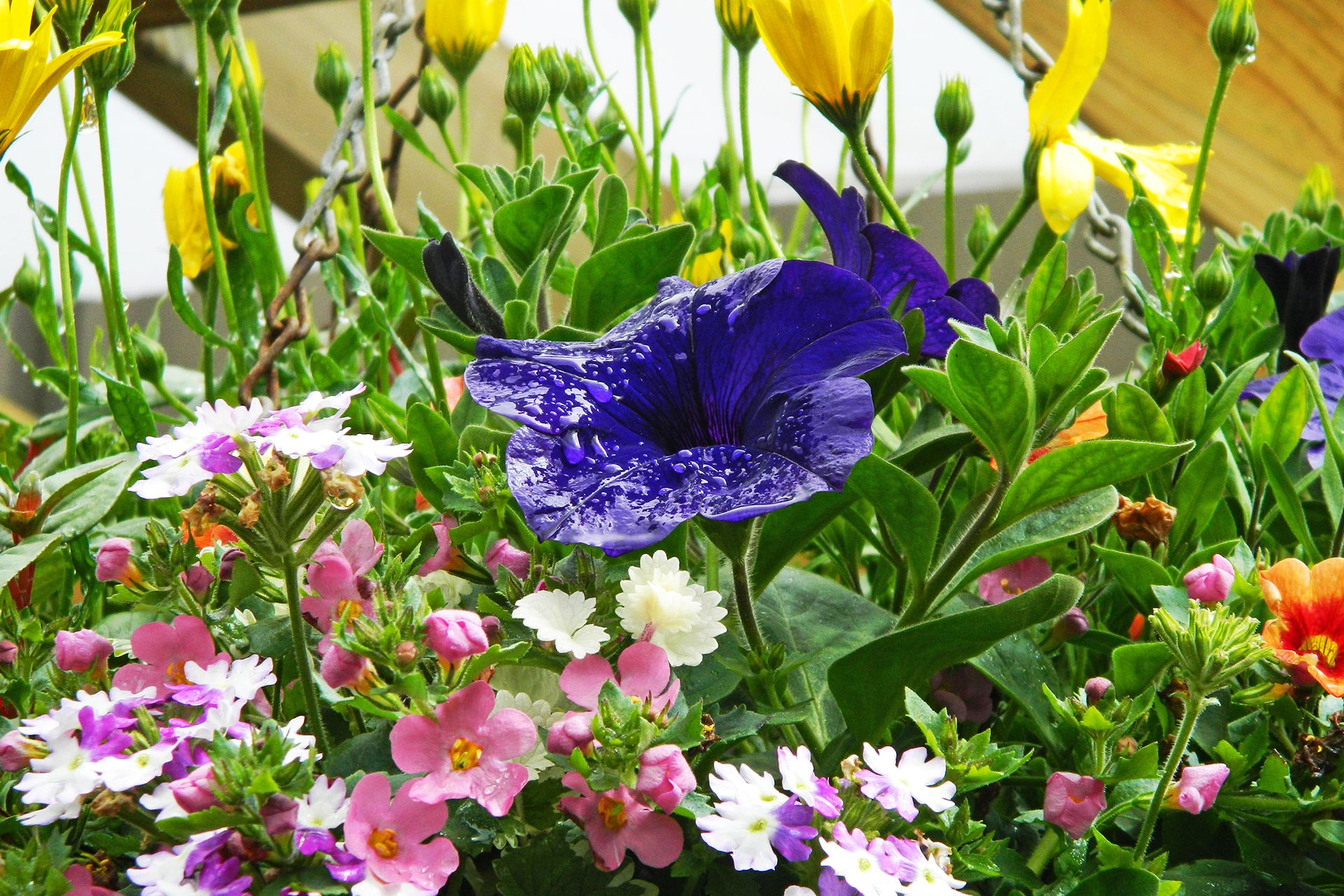 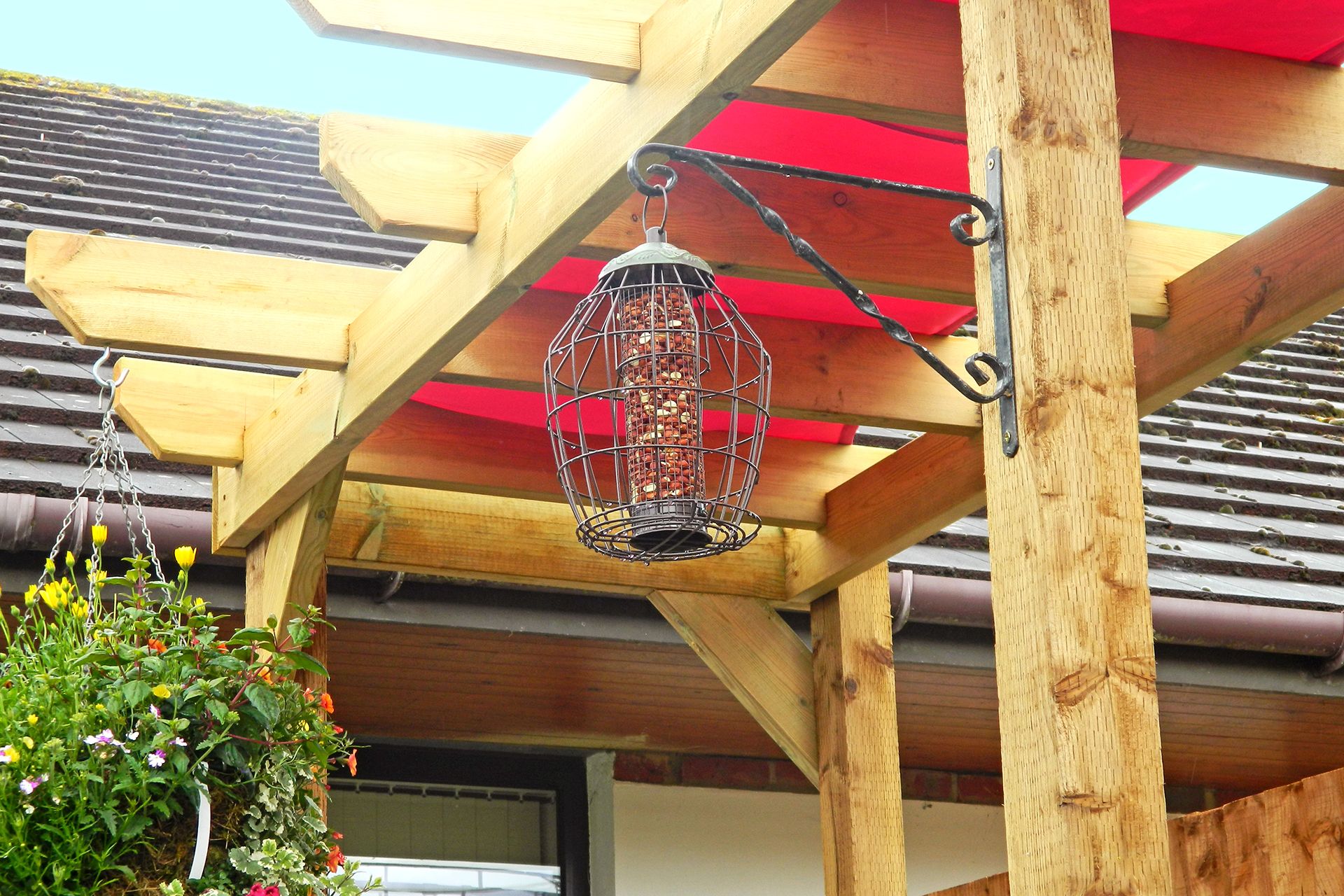 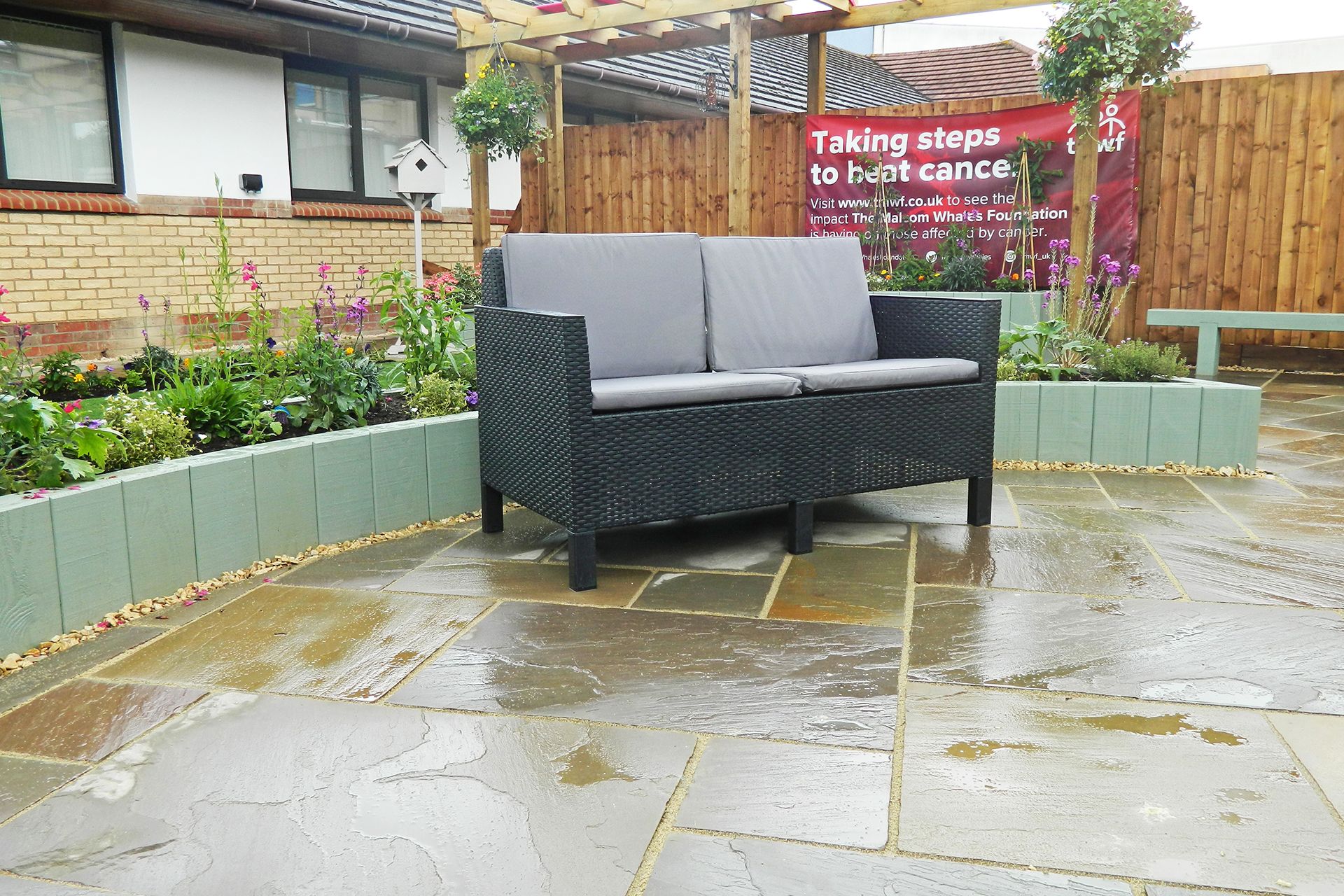 I would also like to thank all the people and businesses that donated and supported the project:

A massive thank you to everyone that contributed.

Back to Who we support